SmarTravel Teams Up with the Reds in Donating 40 Tickets

That 1908 Tin Pan Alley song, "Take Me Out to the Ball Game," is not only a common cheer during the seventh inning stretch, but it's a reality for forty individuals who normally can't afford to go to a Cincinnati Reds' ball game.  Cincinnati-based travel company, SmarTravel - owned and operated by David Wise, has teamed up with the Cincinnati Reds in donating 40 tickets to the East Butler County YMCA.

As part of the 2011 Commissioner's Community Initiative, these tickets will be given to family and children who are unable to normally afford to go to the games.  The game that they will be able to attend is the September 16th game against the Milwaukee Brewers. 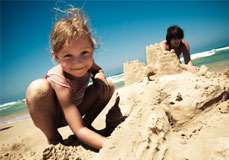